Each year on September 29, people across the United States celebrate one of the most beloved morning beverages on National Coffee Day. It is a morning favorite however, it is found being drank throughout the day either hot or cold and either black or with additives such as cream, creamers, milk, sugar, flavored syrups, ice and etc.
On September 29, 2014, there are a number of national and local places that are offering free, or discounted, coffee to their customers to celebrate National Coffee Day.
There are many legendary accounts of how coffee first came to be but the earliest credible evidence of either coffee drinking or the knowledge of the coffee tree appears in the middle of the 15th century in the SUFI monasteries around Mokha in Yemen.  It was here were coffee seeds were first roasted and brewed, in a similar way as it is prepared today.  Yemeni traders brought coffee back to their homeland, from Ethiopia, and began to cultivate the seed.
In 1670, coffee seeds were smuggled out of the Middle East by Baba Budan, as he strapped seven coffee seeds onto his chest.  The first plants grown from these smuggled seeds were planted in Mysore.  It was then that coffee spread to Italy, to the rest of Europe, to Indonesia and to the Americas.
In 1583, Leonhard Rauwolf, a German physician, gave this description of coffee after returning from a ten-year trip to the Near East:

A beverage as black as ink, useful against numerous illnesses, particularly those of the stomach. Its consumers take it in the morning, quite frankly, in a porcelain cup that is passed around and from which each one drinks a cupful. It is composed of water and the fruit from a bush called bunnu.
—Léonard Rauwolf, Reise in die Morgenländer (in German) (Wikipedia)

Enjoy a cup or two of your favorite coffee today.
HAPPY NATIONAL COFFEE DAY!
NATIONAL COFFEE DAY HISTORY
Within our research, we were unable to find the creator of National Coffee Day, an “unofficial” national holiday.


National VFW Day is celebrated annually on September 29. This day is devoted to the VFW organization and it’s members who have served our nation.

The VFW was established on September 29, 1899 by a group of veterans from the Spanish-American war. It has since grown to be the nation’s largest group of combat veterans. They continue “to honor the dead by helping the living.” The VFW promote patriotism, good will and youth scholarships. They also provide military assistance and community service programs, promote youth activities and volunteer many hours in their local communities.

How do you celebrate today? Honor the VFW members and veterans in your community. Let them know that you appreciate the sacrifices they have made for all of us. We truly are the land of the free because of the brave.
Posted by Ren at 2:36 AM 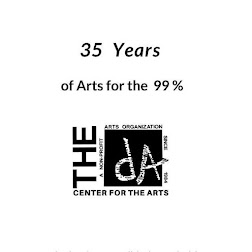